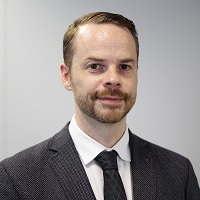 Officially named Adient Asia Holdings Co., Limited, the new corporate office supports Adient with treasury, corporate finance, internal audit and information technology services. Located in the Exchange Tower in Kowloon Bay and currently housing 8 employees, the Hong Kong office will focus on providing Adient with investment consulting and financial support for China and the Asia Pacific region. This is another step in the company’s commitment to this large and growing market for Adient.

Headquartered in downtown Detroit, US, Adient currently has over 230 offices and manufacturing sites in 33 different countries, housing more than 75,000 employees worldwide. In Asia, Adient presently has almost 37,000 employees at over 100 locations in 59 cities in China, Japan, South Korea, India, Thailand, Malaysia, Indonesia, and Vietnam.

Adient debuted as an independent and publicly traded company on October 31, 2016 after spinning off from Johnson Controls PLC. In early January, Adient moved to a new China Regional Headquarters in the center of Shanghai and had a major presence at Auto Shanghai 2017 in April. In May, the company opened a new plant in Laem Chabang, Thailand.

“By centering Adient’s financial expertise in Hong Kong, we are able to more efficiently invest in Asia, which is home to the most vibrant markets in the world,” said Stafeil. “The addition of the new corporate office in Hong Kong further demonstrates Adient’s commitment to growing and investing in not only China, but also in the Asia Pacific region in general,” Stafeil added.

China and other Asian markets including Japan, South Korea, India, Malaysia, Thailand, Indonesia, and Vietnam, contributed to a total of 37% of Adient’s consolidated and unconsolidated revenue in fiscal year 2016. Having both Shanghai and Hong Kong offices set up in the same year, the company continues to strengthen its market leadership in the established China market, as well as tapping into the potential of emerging markets through early investments in the rest of Asia.

About Adient:
Adient is a global leader in automotive seating. With 75,000 employees operating 230 manufacturing/assembly plants in 33 countries worldwide, we produce and deliver automotive seating for all vehicle classes and all major OEMs. From complete seating systems to individual components, our expertise spans every step of the automotive seat-making process. Our integrated, in-house skills allow us to take our products from research and design all the way to engineering and manufacturing – and into more than 25 million vehicles every year. For more information on Adient, please visit adient.com