Strumica, Macedonia – June 15, 2017 – Adient, the global leader in automotive seating, today officially announced the opening of its new plant for production of automotive seating covers, situated in the technologically developing zone in Strumica.

The new plant building construction has an area of 12.500 m² and it is equipped with state-of-the-art technology for production of automotive seating covers, predominantly intended for the needs of customers in the European market. Together with the initial investment of more than USD 20 million for building this Greenfield investment, Adient will employ more than 1300 people, additionally confirming its strong commitment to investing in the Macedonian economy.

“It is my great pleasure that one year ago we announced the building of our new plant, and today, we proudly stand in front of it — one of the biggest and most modern plants for production of automotive components in the region. This investment is more clear evidence of our intentions to invest in the Macedonian economy and presents another important milestone in expanding the footprint of our production network in Europe, which will furthermore contribute towards providing our clients — the automotive companies — with product differentiation based on superior quality, technology and performance,” stated Vladimir Teplik, Vice President of Operations at Adient.

The opening ceremony was attended by high government representatives, ambassadors, representatives from institutions, as well as numerous partners and collaborators of Adient. During the event, besides Mr. Teplik, the public was addressed by the Macedonian Prime Minister, Mr. Zoran Zaev; the US Ambassador, Mr. Jess L. Baily; as well as the CEO of the Macedonian Free Zones Authority, Mr. Viktor Mizo; highlighting the importance of such investments in the Macedonian economy, as well as positioning Macedonia on the global production map.

Adient is a global leader in automotive seating. With 75,000 employees operating 230 manufacturing/assembly plants in 33 countries worldwide, we produce and deliver automotive seating for all vehicle classes and all major OEMs. From complete seating systems to individual components, our expertise spans every step of the automotive seat making process. Our integrated, in-house skills allow us to take our products from research and design all the way to engineering and manufacturing – and into more than 25 million vehicles every year. For more information on Adient, please visit adient.com.

Following the needs for flexibility for growth in and outside the automotive industry, as from July 7th 2016, Adient detached from Johnson Controls as separate brand with own assets, systems, facilities and people. On October 31 2016, Adient is listed on the New York’s stock exchange as individual organization.

Adient, the global leader in automotive seating, today officially announced the opening of its new plant for production of automotive seating covers, situated in the technologically developing zone in Strumica. 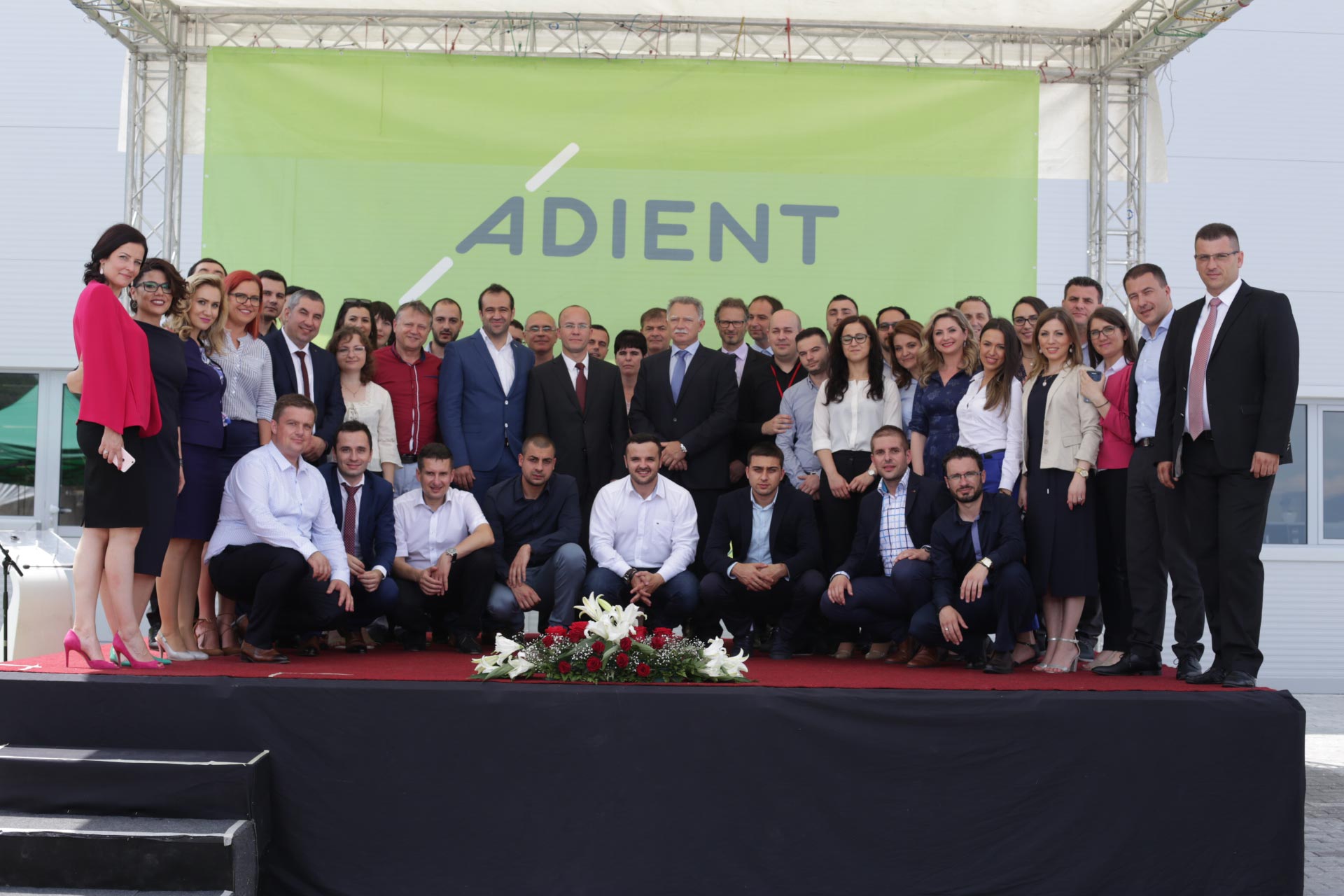