Prior to his current role, he served as general manager of China operations and chief representative of Johnson Controls’ Shanghai head office. He was appointed executive vice president, APAC in 2014 — a role that was expanded to include China in 2018.

Prior to joining Johnson Controls, Huang worked at General Electric, where he held a variety of commercial, operational and business-development roles. 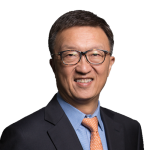