Skip to content
| About Us | Board of Directors | Richard Goodman

At PepsiCo, Goodman served as Chief Financial Officer from 2006 to 2010 and as Executive Vice President of Global from 2010 until his retirement in 2011. He joined PepsiCo in 1992 and held several senior financial positions, including CFO of PepsiCo International, CFO of PepsiCo Beverages International, General Auditor and CFO of Taco Bell.

He started his career in 1979 at W. R. Grace & Co., where he served in a variety of senior finance roles, including CFO of the Specialty Chemicals Division, CFO of the Industrial Cocoa Division and assistant to the Chairman and CEO.

Goodman serves as a director, member of the Audit Committee, and member of the Compensation and Benefits Committee of The Western Union Company; he also serves on the Board of Trustees of Howard University. Goodman previously served as a director of Pattern Energy Group until March 2020, Kindred Healthcare until 2018, and Johnson Controls until 2016. 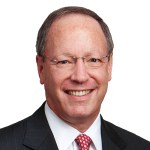