Skip to content
| About Us | Board of Directors | Barb Samardzich

Samardzich served as Vice President and Chief Operating Officer of Ford of Europe from November 2013 until her retirement in October 2016. After joining Ford in 1990, she held a number of leadership roles in product development, powertrain engineering, and powertrain operations. Prior to Ford, Samardzich worked as a thermal design engineer in Westinghouse Electric’s nuclear fuels division. 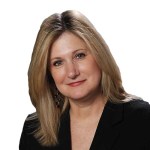