Skip to content
| About Us | Board of Directors | Raymond L. Conner

In his more than 35-year career at The Boeing Company, Raymond Conner developed deep manufacturing, technical and government affairs experience — which he’s able to contribute to the board today.

In 2003, he was named Boeing’s vice president of sales for the Americas. Conner joined the company in 1977 as a mechanic on the 727 program.

He holds a Master of Business Administration from the University of Puget Sound and a bachelor’s degree from Central Washington University. 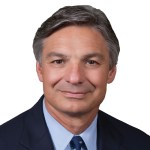